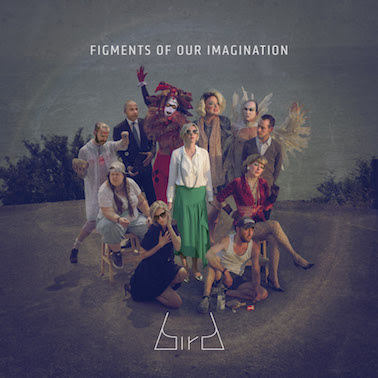 Bird is the alias of musician and songwriter Janie Price. Music has been in her blood since childhood when she first picked up the cello at the age of six. She’s a classically trained multi-instrumentalist who’s performed live with stars including Emeli Sande. Now, she steps out from behind the scenes session work as an artist in her own right, having played everything and written everything on her latest album Figments Of Our Imagination. This song is one of the standout tracks and it’s an exhilarating slice of modern electro pop that reminds us of acts like Dubstar, Sneaker Pimps and Goldfrapp. It’s full of smart little touches; sitar sounds and acoustic flourishes float in and out thanks to the wonderful production hands of the legendary Chris Kimsey, best known for work with The Rolling Stones across several decades, and a deft mix from Lee Groves (who’s worked with the aforementioned Goldfrapp, as well as Elbow). Gleaming, cool and sparkling; you know this has been lovingly crafted by someone who understands instinctively how to formulate great pop.

Bird 'Thrill Me' from johnnydaukes on Vimeo.