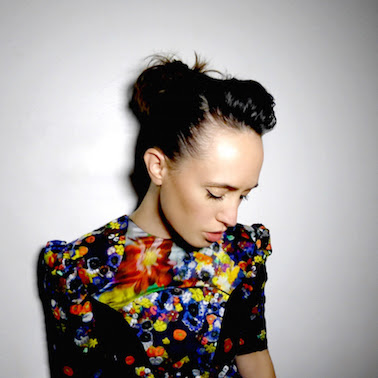 Alice Tessereaux is an English/French singer-songwriter from London and this rather haunting song is the title track to her debut EP. Last year, she spent some time in Los Angeles, grafting her way around the live circuit there playing acoustically with her trusty Fender Rhodes. During that stay, she met acclaimed musician/producer Jason Hill (currently working with Brandon Flowers, Macy Gray and Sky Ferreira) and ended up recording this and the entire EP at his Ulysses studio, deep in the Hollywood Hills at Laurel Canyon. Now back home, she’s been personally invited by Rolling Stones producer Chris Kimsey to play this June at his highly-coveted monthly Music Room showcase event at Olympic Studios in Barnes. Catch her live before that at The Workshop on London’s Old Street on May 12. With an album due this August, this vulnerable, almost eerie track is striking right from the start, grabbing your attention in much the same way that Lana Del Rey when she first arrived. Alice is a hot new name to watch with very keen interest.

Nothing Lasts Forever from Alice Tessereaux on Vimeo.

How we made: Peter Frampton’s Baby I Love Your Way

SHOW | KIMSEY at Festival of Sound